Even the longest work weeks can be forgotten when you have the chance to watch the world famous Harry Potter and the Cursed Child for a live show this January at the incredible Lyric Theatre in New York, New York. It was always difficult being Harry Potter and it isn’t much easier now that he is an overworked employee of the Ministry of Magic, a husband and father of three school-age children. While Harry grapples with a past that refuses to stay where it belongs, his youngest son Albus must struggle with the weight of a family legacy he never wanted. As past and present fuse ominously, both father and son learn the uncomfortable truth: sometimes, darkness comes from unexpected places. If you have never seen Harry Potter and The Cursed Child perform live before, then now’s your chance at this once-in-a-lifetime show. So even if work is getting you down, the solution is clear. Make sure that you can catch Harry Potter and The Cursed Child perform live on Wednesday 11th January 2023 at the Lyric Theatre in New York, New York. To get your tickets now, click the Buy Tickets button below! 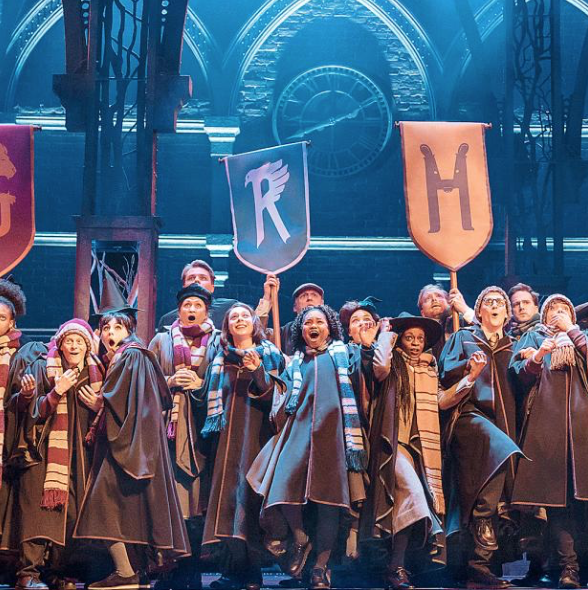 Who is The Cursed Child? Could it be Harry, now 40 and driven mad by trauma and regret? Could it be his son, Albus, who has spent his first years in Hogwarts School of Witchcraft and Wizardry followed around by his father’s shadow, impossible to follow? Or maybe it is Draco’s son, Scorpius, who, unlike his father has developed a deep bond with the lonely and outcast Albus? Or, most likely it is another exciting new character we meet throughout the two-part, five-hour play. We may not know who The Cursed child is, but we are certain that any Harry Potter fan or a fan of remarkable theater should experience Harry Potter and The Cursed Child, the “dazzling stage magic” referred to as “the biggest theater hit of modern times”. See your favorite characters develop right in front of you and experience the magic of witchcraft and Wizardry on Wednesday 11th January 2023 at Lyric Theatre. Order your tickets now.